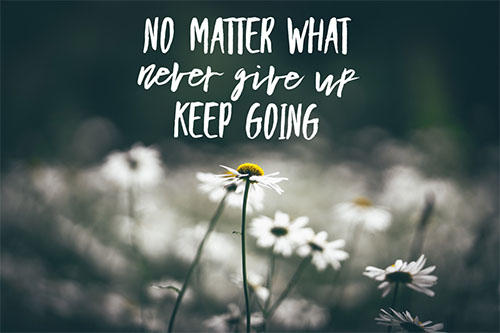 With the unexpected recent suicide deaths of beloved chef Anthony Bourdain and top designer Kate Spade, there is a national conversation happening about suicide prevention. While their deaths are indeed tragic – and they will be dearly missed – this conversation is a good thing.

Of course, there is usually a spike in the public’s interest about suicide when a celebrity takes their own life. The country mourns their loss. Family members, friends, and fans feverishly discusses how someone with so much success who was adored by so many could commit suicide. But, before long, interest in the topic quickly fades into the background and people get back to the business of their busy lives. This is a shame.

The fact is, most people don’t like to talk about suicide in everyday conversation. After all, it is a depressing, morbid, and all-around bummer topic. It is only when an actor or well-known public figure dies at their own hand that media outlets seem the least bit inclined to address suicide in a public forum. This is tragic. Suicide happens every single day. In fact, it happens more often than you probably think.

Some Shocking Statistics About Suicide

Because suicide only makes national headlines when it is committed by a beloved celebrity, the country is usually shocked when such a horrific act takes place. Because of the notably lacking media coverage and public awareness on this subject, you might mistakenly believe that people rarely kill themselves. Many are convinced suicide is an unusual occurrence. This is simply not true.

Here are some stats provided by the American Foundation for Suicide Prevention to help you better understand how common suicide is:

• Suicide is the tenth leading cause of death in the United States and it is 100 percent preventable.
• Approximately 123 people commit suicide every single day in America.
• About 22 veterans kill themselves every day.
• About 45,000 people commit suicide every year in the United States.
• For every suicide, there are about 25 attempts.
• Men are three-and-a-half times more likely to commit suicide than women.
• Fifty-one percent of all suicides are committed with a firearm.
• Astonishingly, suicide is the second-leading cause of death for young people in the 10 to 24-year-old age group.
• The rate of suicide is highest among middle age men.

These numbers put the problem of suicide into perspective. However; you cannot measure grief with percentages. Every person who tragically commits suicide leaves behind friends and family members who will forever mourn their loss. And, they will spend a lifetime blaming themselves and asking what they could have done to prevent it.

Suicide Is Never The Answer – If You’re Thinking About Ending Your Life, Get Help

If you are struggling with thoughts of suicide, get help immediately. Reach out. Scream at the top of your lungs if you have to. Don’t battle the darkness of your own mind alone. This is how suicide happens. People who are depressed or feeling hopeless don’t want to share their innermost thoughts because they are ashamed.

The truth that if someone who loved you knew you were thinking about ending your own life, they would go to the ends of the Earth to help you. They would shower you with love and do everything in their power to get you the help you needed so that you could feel better. You are loved and supported. Don’t believe the lies that you are a burden or that people would be better off without you.

Suicide is a permanent decision made out of a temporary (but desperate) state of mind that can be fixed with counseling, medication, and social support. Committing suicide is like killing someone you have never met. You don’t know what your future holds for you! You don’t know what may lie ahead on your personal journey! You could achieve your wildest dreams! Even though things might seem bleak and hopeless right now, it is the truth – better days are ahead. We don’t want you to end your story without knowing how it turns out.

You may also find hope by learning about Project Semicolon.